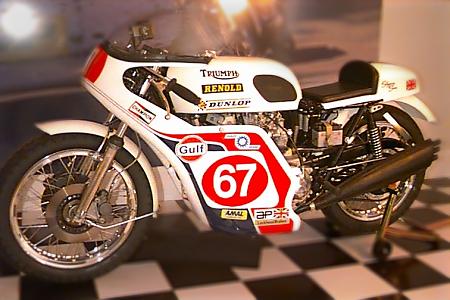 One of Britain's most famous and beloved racing motorcycles, "Slippery Sam" won five consecutive Isle of Man Production TT races from 1971 - 1975. This example, built by racer/restorer Jerry Liggett under the guidance of Les Williams who built the original "Slippery Sam", is 100% accurate in every detail. The bike is in 1975 trim, as raced to victory in the TT by Alex George.